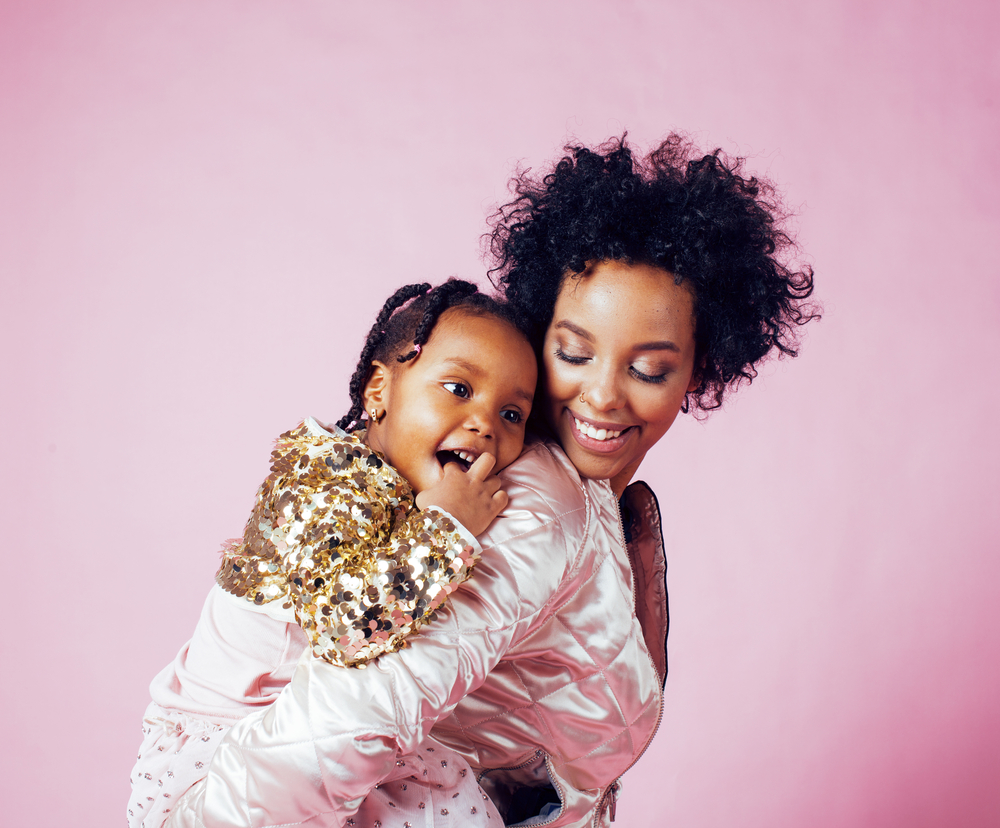 All The Women In My Family Sing.

This past year, there has been a growing sense of solidarity among women who refuse to be silenced. Deeply rooted in the fight for gender equality is the relationship between mothers and daughters. Women’s rights were fought for by mothers who wanted their daughters to experience freedoms they never could. Strengthening the mother-daughter bond has the power to change generational patterns of gender inequality.

Deborah Santana is uniting and empowering generations of women by sharing the realities, joys, and challenges of motherhood in her new book All the Women in My Family Sing.

Through this book, mothers and daughters across the country are bonding over the shared experience of womanhood. The anthology is a collection of poetry and prose by sixty-nine women from different generations and backgrounds (including African American, Native American, Asian American, Muslim, Cameroonian, Kenyan, Liberian, Mexican American, Korean, Chinese American, and LGBTQI.)

The book includes a variety of stories on navigating motherhood including the difficulties of biracial parenting, dealing with childhood illnesses, teen motherhood, the heartbreaking experience of losing a child, reflections on motherhood past, prison parenting, and even the choice to not become a mother.

Santana is on a mission to broaden cross-cultural understanding by showing people how very alike we are no matter our generation, skin color, ethnic heritage, or place we live. As part of this mission, she and other contributing authors presented their work at a series of events around the country this past month including the Cinnamon Girls event in Oakland, California. Young women leaders who attended this event with their mothers read from the powerful essay by Marian Wright Edelman who wrote:

and Kelly Woolfolk who wrote:

“…as the mother of a young brown boy, I am protective and alert, concerned for his well-being and safety, both physical and emotional…My son will one day arrive at his own conclusions about who he is in the world and what that means for him.”

These personal stories will create a bridge between worlds we know very well, and those we do not. 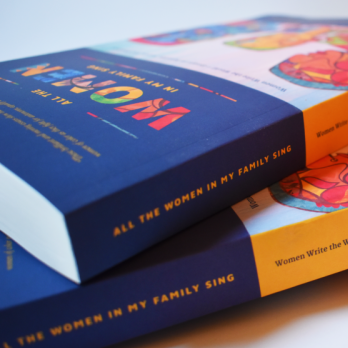 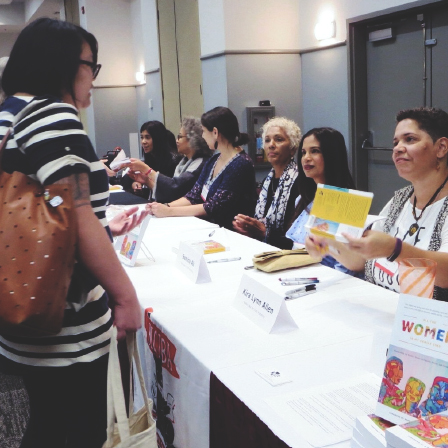 “The Cinnamon Girls event made me feel that we women are powerful and I left feeling really inspired by the celebration of each woman’s personal journey. My mom really appreciated sharing a moment where we could quietly celebrate women’s personal triumphs. I think ALL THE WOMEN IN MY FAMILY SING would make a wonderful Mother’s Day gift for any mother.” 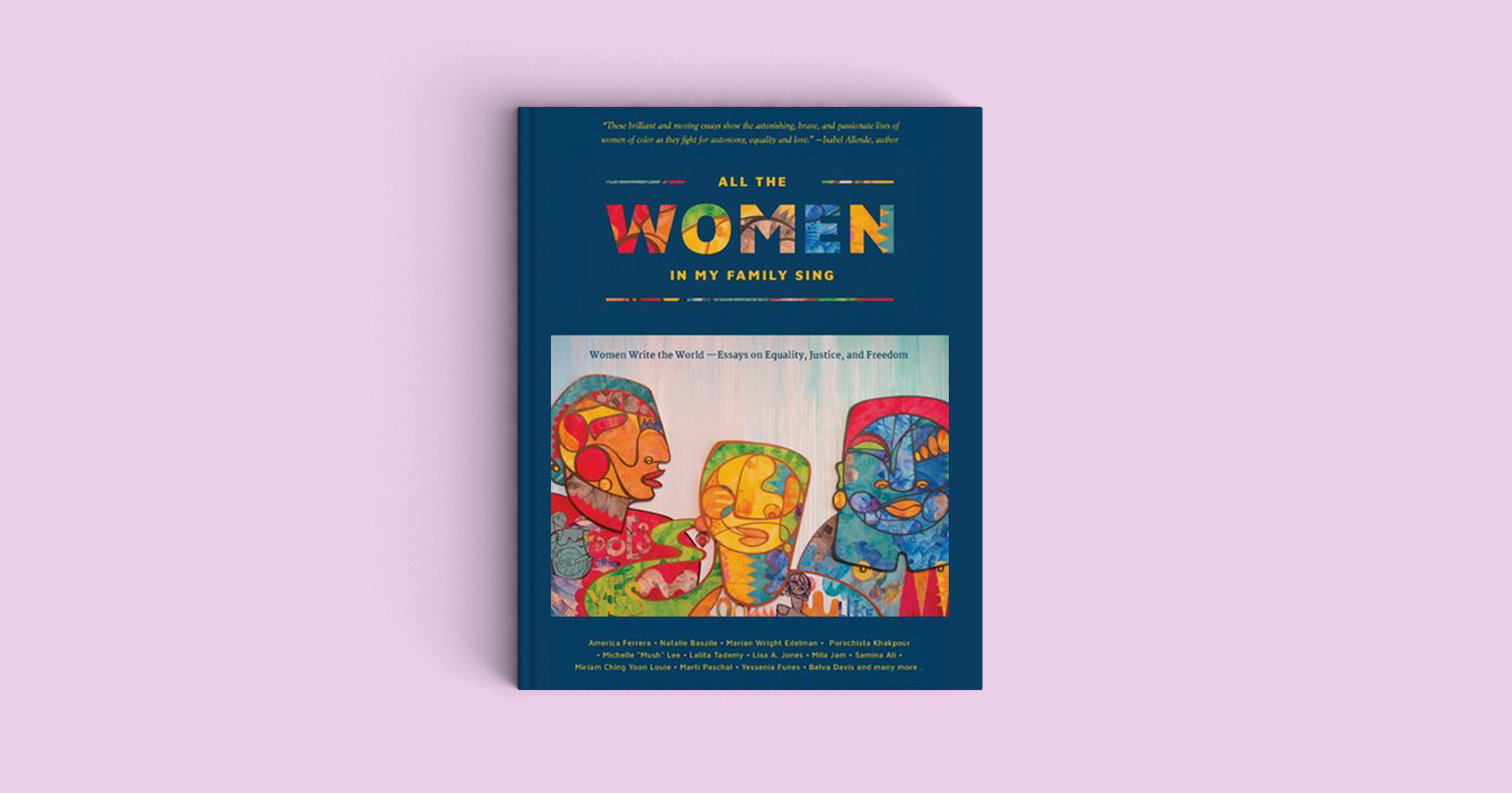 This new book from Nothing But The Truth Publishing, LLC is an anthology documenting the experiences of women of color at the dawn of the twenty-first century. It is a vital collection of prose and poetry whose topics range from the pressures of being the vice-president of a Fortune 500 Company to escaping the killing fields of Cambodia, to the struggles inside immigration, identity, romance, and self-worth.

“In their common pursuits of acceptance, friendship, and social justice, these writers demonstrate that there are truths and desires that transcend lines of color, sexuality, and class. In sounding common chords of humanity, their voices, together, create a mighty chorus.”

Deborah Santana is an author, business manager, and activist for peace and social justice. Her non-profit, Do A Little, serves women and girls in the areas of health, education, and happiness. With a passion to provide educational opportunities for girls and women, Ms. Santana collaborates with organizations that work to prevent and heal relationship and sexual violence, improve the lives of America’s abused and neglected children, and a worldwide community of artists and allies who work for empowerment, opportunity, and visibility for women artists.

In 2005, she published her memoir: Space Between the Stars that told of her experiences growing up as a bi-racial child, and her coming of age.

Ms. Santana has produced five short documentary films, four with Emmy-award winning director Barbara Rick: Road to Ingwavuma, Girls of Daraja, School of My Dreams, and Powerful Beyond Measure. These films highlight the work of non-profit partners in South Africa, and the Daraja Academy, a free secondary boarding school for girls in Kenya.

She has served as a trustee for ANSA (Artists for a New South Africa), the Smithsonian Institution, and is a supporter of Marian Wright Edelman’s Children’s Defense Fund. She is a mother to three beloved adult children: Salvador, a songwriter and instrumental artist, Stella, a singer/songwriter, and Angelica, an archivist and film producer.

Ms. Santana holds a Master of Arts in Philosophy and Religion with a Concentration in Women’s Spirituality.

A leadership donor of the Smithsonian National Museum of African American History and Culture, she works for the rights and advancement of people of color.