COVID-19 is a defining moment in history that will be talked about, studied, and analyzed for decades, even generations to come. There is a library of information about how this crisis has affected or will affect the economy. However, at Farrow Communications we found very little information, studies, or surveys on the effects of this crisis on small business marketing decisions. Being in the business of marketing, we know that marketing precedes sales and growth. So we believe that marketing habits are the best predictor of how a marketing segment will change in the future.

To fix this gap, we decided to perform a survey of small and solo business professionals asking them about how this crisis has and will affect their marketing plans. Our sample size was small (Approx. 100), so we chose an open-ended questioning style that yielded some interesting results. Some answers confirmed suspicions and others were a bit of a surprise.

Join us as we dive into that data:

The first thing we wanted to know is if there are any similarities in the impact between the COVID crisis and the previous 2008 housing crisis.

During the 2008 crisis, most small businesses had what’s called a “k” shaped recovery. Meaning like the letter “K” is drawn, after one downstroke the economy is split between those that economically go down and up. Small businesses tended to suffer much more than bigger, older established ones.

The first two questions of our survey confirmed suspicions about this crisis. For example, roughly three-quarters of replies said they were negatively impacted by the crisis on or right after the lockdowns started. However, the leftover quarter (roughly) has either seen little change or a boost in sales.

1. When did Covid-19 first impact your business?

The same was seen in question two about how the business model has changed.

2. Has it changed your business model? 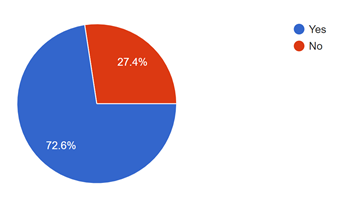 A promising surprise of the survey is how marketing spending should remain constant going forward but the distribution will change. Nearly half 44.3% are not changing how much they spend on marketing. The rest are split 26.2% spending less and 29.5% spending more. This seems to give some hope for the future because marketing spending is a sign of optimism. If this holds true then marketing should remain mostly constant through the crisis. The theory is that a business would not spend as much on marketing if they were in survival mode, they have optimism in the future.

3. Spending more or less on marketing this year than before COVID?

Though there is some optimism it may be too soon to celebrate. Many respondents are saying it is easier to get a prospect but tougher to get them to commit to a sale because of the uncertainty of the economy. As a result, many are focusing on getting more clients in their pipeline hoping it will pay off later. This effect is greater with larger ticket items. Areas like advertising and training and even HR businesses are reporting lower budgets to work with.

Sales Difficulty: Though there is some optimism it may be too soon to celebrate. Many respondents are saying it is easier to get a prospect but tougher to get them to commit to a sale because of the uncertainty of the economy. As a result, many are focusing on getting more clients in their pipeline hoping it will pay off later. This effect is greater with larger ticket items. Areas like advertising and training and even HR businesses are reporting lower budgets to work with.

Social Media Power: The use of social media is on the rise according to responses. Those that used social media before the crisis to market, are using it more now and those that didn’t are starting. This trend looks like it will have permanent effects on these businesses beyond the COVID crisis.

Most respondents say the worst effect on business was in the very beginning of the crisis and many have pivoted or adapted to the new normal. many even say this crisis has forced them into a positive change.

Those that didn’t change their business model did change their focus. For example, changing to deliver services in live streaming or changing to product development and building a brand or reputation.

Individual written responses show more room for optimism with a large number of small businesses has successfully shifted to a virtual or work from home model. Many say they would not have made the change if not for COVID however this change may be permanent and it is a positive change.

About 17% of respondents said COVID-19 had a positive response to their business. Many went so far as to say they could not keep up with demand. This would normally indicate the “k” shape at work however the “k” theory benefits established or wealthy businesses over the newer ones. In this case, those that are doing well are online or able to pivot online.

Combined with the comments that this crisis has motivated businesses to pivot online more this gives hope to a potential technological recovery. We may look back on the COVID crisis as the catalyst that modernized the economy. 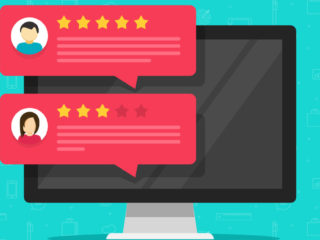